Shopping Cart
Your Cart is Empty
Quantity:
Subtotal
Taxes
Shipping
Total
There was an error with PayPalClick here to try again

Thank you for your business!You should be receiving an order confirmation from Paypal shortly.Exit Shopping Cart

Click this text to start editing. This block is a basic combination of a title and a paragraph. Use it to welcome visitors to your website, or explain a product or service without using an image. Try keeping the paragraph short and breaking off the text-only areas of your page to keep your website interesting to visitors.

Children are affected by their environments, and their families are in turn affected by their diagnoses. At Alternative Behavior Counseling LLC, We work with parents, caregivers, and siblings to enable families to grow and achieve harmony. We specialize in:

We implement individualized behavioral plans to reduce problem behavior and improve functional communication and adaptive learning skills. Additionally, we involve your family in the therapy process via parent training and sibling interaction to educate family members and provide a means for your child to practice positive behavior. We work with you and your child’s schedule and needs to maximize the therapy plan.

Autism Spectrum Disorder is the name for a group of complex neurodevelopmental disorders. ASD includes a wide range – “a spectrum” – of symptoms, skills, and levels of disability characterized by repetitive and characteristic patterns of behavior and difficulties with social communication and interaction.

According to the Centers for Disease Control and Prevention (CDC) around one in 68 children has been identified with some form of ASD.

People whose symptoms were previously diagnosed as Asperger’s syndrome or Autistic Disorder are now included as part of the category called Autism Spectrum Disorder (ASD).

Attention-deficit/hyperactivity disorder is a brain disorder marked by an ongoing pattern of inattention and/or hyperactivity-impulsivity that interferes with functioning or development.*

ADHD is one of the most common neurobehavioral disorders of childhood. Children with ADHD may have trouble paying attention, controlling impulsive behaviors (may act without thinking about what the result will be), or be overly active.**

Thank you for your trust in Alternative Behavior Counseling LLC. Please see the list of insurance plans we accept and fill out the intake form on this page to request a callback or an appointment.

Contact us today to discuss how we can help you and your child. We are available to serve in and around Miami, Florida. You may also leave us a message by filling out the form on this page.

Click this text to edit. Tell users about these products.

Click this text to edit. Tell users about these products. 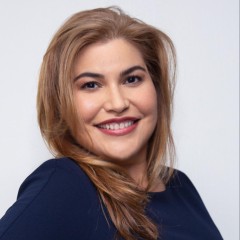